Abstract: This keynote is given by Ryuji Wakikawa, the Vice President of advanced technology division at SoftBank Corp. With his experience and expertise in technology development, technology investment and business planning, he will share with us the latest development of 6G technology in Japan and an overview of their stratosphere-based communication platform (HAPSmobile).
Speaker's Bio:
Ryuji Wakikawa is the Vice President of advanced technology division at SoftBank Corp and a Project Professor at Media and Governance, Keio University, Japan, where he received his Ph.D in 2004. He published several RFCs for mobility and Internet protocols in IETF and also wrote several technical books in Japan. He also received the 10th Ericsson Young Scientist Award, Japan, in 2007. He is a board member of several companies like HAPSmobile, Monet technologies (that is a joint venture with SoftBank and Toyota), and 5x5 technologies.
11:30 - 14:00

Abstract: This talk introduces the Emerald health monitoring system, a new technology that automates health monitoring through innovations in wireless sensing and machine learning. An Emerald device in the home transmits low-power radio signals and records their reflections. The recorded data is then passed to the cloud for processing using neural network algorithms. The monitoring system can infer the movements, breathing, heart rate, falls, sleep apnea, and sleep stages of people in their homes — all without requiring them to wear any sensors. By monitoring physiological signals continuously, the system can automatically detect deterioration in health conditions, enabling early intervention and care. The talk will describe the underlying technology and present results demonstrating its promise in monitoring geriatric populations.
Speaker's Bio:
Bruce Maggs received the S.B., S.M., and Ph.D. degrees in computer science from the Massachusetts Institute of Technology in 1985, 1986, and 1989, respectively. His advisor was Charles Leiserson. After spending one year as a Postdoctoral Associate at MIT, he worked as a Research Scientist at NEC Research Institute in Princeton from 1990 to 1993. In 1994, he moved to the Computer Science Department at Carnegie Mellon, where he ultimately achieved the rank of full Professor. While on a two-year leave-of-absence from Carnegie Mellon, Maggs was a founding employee of Akamai Technologies, serving as its first Vice President for Research and Development. In 2009, Maggs joined Duke University, where he is the Pelham Wilder Professor of Computer Science. In 2018 he was part of a large team that received the inaugural ACM SIGCOMM Networking Systems Award for the Akamai Content Distribution Network, and was named an ACM Fellow. Maggs is currently on part-time leave from Duke and is serving as Director of Engineering for Emerald Innovations.
11:00 - 12:00
2nd Session: Machine Learning and Networking
Chair: Youngjoon Won (Hanyang University)
12:00 - 14:00 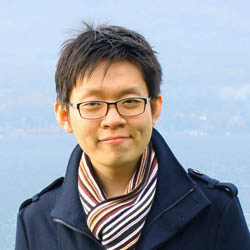